The shareware version includes the entire first episode of the game, City of the Damned.

NOTE: This game can be played directly in Windows using a source port (see the links section below).

Evil grows darkest in the shadow. This chapter comes to its evil conclusion with Heretic: Shadow of the Serpent Riders. In a twisted medieval dimension, undead creatures and bestial horrors have done the unthinkable - callously slaughtering your entire race. But the nightmare has just begun. Wielding ungodly weapons such as the Firemace or Hellstaff and casting spells from the tomes of power, you must seek your vengeance... or die trying.

Type in these codes one letter at a time during the game to cheat: 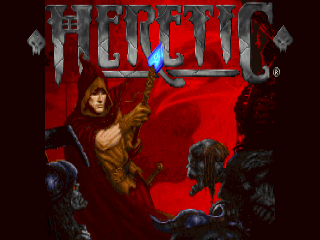