You can play Mega Motion on this website so you don't need to download and install the game on your computer. We recommend to use Google Chrome when playing DOS games online.

Mega Motion is a highly obscure PC version of an apparently rather popular Amiga puzzle game with the same title. The objective of each level is to guide a so-called Motion Rotater (sic) to the level exit. The Rotater is a structure made of several balls similar to those found in Newton's cradle, which are connected together with what looks like metallic rods. At any one time, a single ball is attached to the level's surface, and the rest rotate around it. Using the mouse, the player can change which of the balls is fixed, thus moving the structure around.

Each level has various obstacles that need to be removed to safely guide the Rotater to the exit. The most dangerous are patches of diamond-shaped crystals which will instantly destroy any ball that touches them. Several other items are able to spawn such patches if they are triggered and explode. There are also bonuses in the form of credits, pushable blocks and destructible walls that can be safely removed to progress to the exit.

There is no time limit to complete the levels, but a countdown timer is active at the start of each level. If the player succeeds in completing the level before the time runs out, this is rewarded with bonus points proportional to the time left. 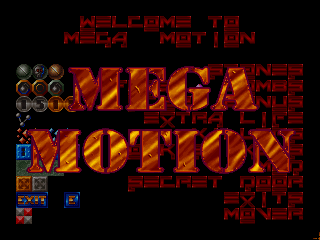