This is an updated re-release of Radix: Beyond the Void with many major changes to the original game. The most notable one is that the player's ship is no longer in cruising mode by default, and can be brought to a standstill without the need to use cheat codes. Many levels received a major overhaul and some were even completely replaced by new ones. Some enemy sprites have also been updated or replaced, and certain new features like inertia were also added.

Type in these codes one letter at a time during the game to cheat (note that some cheats require game version 1.1 or above): 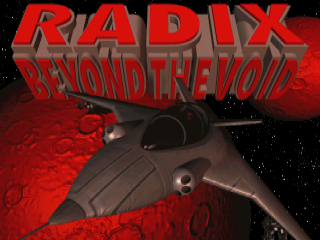