For the last 10 years, ever since the nuclear third world war of 1998, the world has been a peaceful place. No other wars have started and people seem to live in relative harmony. The generals who took part in the last war reason that, like they had said all along, the proliferation of nuclear arms is what has brought about peace in this time. North American Defence Intelligence has recently been following the actions of a group of individuals based in South America. These individuals seem to be conducting a world-wide collection of armaments that could threaten our now peaceful existence.

Being one of the few surviving Vehicular Combat Troopers of the North American Armed Forces, you have been assigned to halt any further advancement of this potential threat and eliminate their current arsenal.

Your first mission takes you into the deserts of Africa... 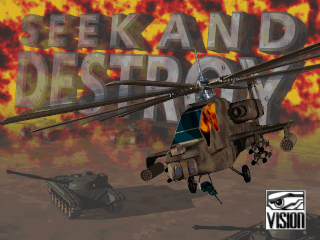