This non-playable demo includes 8 screenshots from the full game.

The 11th Hour is the sequel to the widely successful game, The 7th Guest. It utilizes a much improved video compression engine by Graeme Devine and is also the game which brought forth Trilobyte's eventual demise.

This time you play the role of Carl Denning, boyfriend to the reporter Robin Morales. Robin has mysteriously vanished while trying to delve into the secrets of the rotting mansion of the once evil mastermind, Henry Stauf.

The game features new puzzles, redone graphics and indeed an improved engine - much smoother, with 16 bit graphics and an entirely new soundtrack. The basic gameplay is still similar to its predecessor: the player walks through the mansion, watches FMV sequences and solves logic riddles. The so-called GameBook, a laptop, can be consulted to receive puzzle hints. 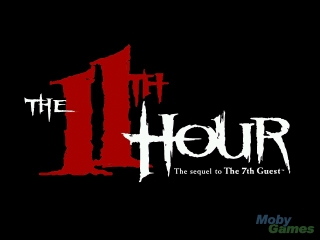