You can play The Fourth Generation 0.7 on this website so you don't need to download and install the game on your computer. We recommend to use Google Chrome when playing DOS games online.

When the game loads and after some text there is a black screen, press space to proceed, it should show the developer logo and then the title screen.

This is an early alpha demo of The Fourth Generation that was submitted to the X2 Game Development Competition in 1995, and also with a view to find a future publisher for the game. The demo is playable but many features like sound effects are missing, and there are various other differences from the final release of the game. 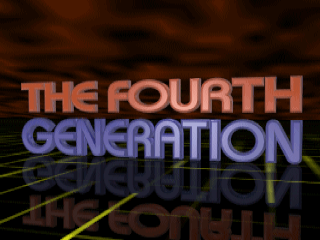