The Gates of Skeldal is a Czech first-person, party-based fantasy role-playing game that has been compared to Lands of Lore: The Throne of Chaos. It is sprite-based, but uses high-resolution, hi-color SVGA graphics and smooth animations.

The player's party of adventurers is sent by a wizard to infiltrate the tower of Skeldal where renegade mages are trying to open gates into a forbidden world. The game consists of exploring the game world, interacting with NPCs and turn-based fights with hostile creatures.

The playable demo is in Czech and will allow to visit some of the game's locations. The full game was made free and open source in 2007-2008, with a fan English translation available. 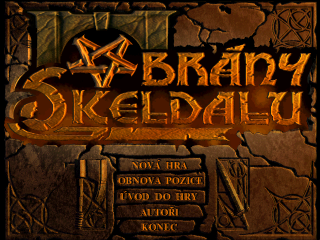