In the year 2227, the gigantic, interstellar factory ship "Toronto" reaches a distant solar system. The ship's owners, the enormous DDT company, believe that there are rich deposits of raw materials on this third planet of the system; but the data which describes the planet as a desert, turns out to be forged. Albion is in fact a world full of life, secrets, surprises and magic. When Tom Driscoll, the pilot of the reconnaissance team discovers this, he swears to save Albion from "Toronto's" tentacles.

While "Toronto" begins to spread out over the surface of Albion, Tom delves deeper and deeper into this mysterious world. Who were the planet's former inhabitants? What is the secret of the strange magic which pervades Albion? How did Celts from the planet Earth come to be on this planet in 400 AD? And how could the data on the planet of Albion have been so wrong?

You play the role of Tom Driscoll, guiding him and the beings who soon join up with him through this exciting world. Albion has all the ingredients which are essential to an in-depth role playing game. Your objective, with the aid of your team, is to guide your party through a maze of magic, puzzle-solving and equipment acquisition, in a bid to triumph during the many combat challenges you will encounter.

But Albion has even more to offer. 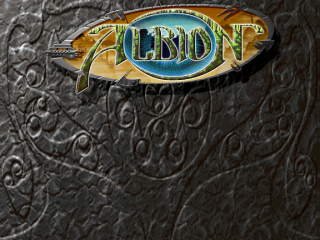