You can play Alien Cabal on this website so you don't need to download and install the game on your computer. We recommend to use Google Chrome when playing DOS games online.

Aliens have constructed a secret underground facility beneath the city in preparation for an invasion. Your mission is to infiltrate the complex and take down all opposition. The aliens have prepared all manners of defences, including clones of government agents, androids and other hostile creatures. 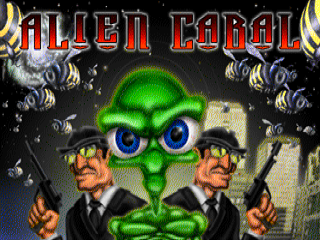