You can play Battle Wrath on this website so you don't need to download and install the game on your computer. We recommend to use Google Chrome when playing DOS games online.

Battle Wrath is a versus fighting game with high-resolution SVGA graphics that tried to outdo the competition by throwing together the most exotic and unusual fighters imaginable. It also attempted to use a unique variation on the shareware concept: while the base game with two fighters came for free, users could purchase the rest of the cast, individually, from the developers' website.

The plot is fairly standard, if only it was recycled from other similar games: great warriors from all times and places are brought back to life and continue their fight for the title of The Ruler Of The Battle Lords. The game comes with several AI personalities, each with its own skill and ranking. Player vs. player matches are also available.

Battle Wrath was marketed as shareware, with the free portion of the game including two characters, Chronos and Razor. Additional characters could be purchased separately. The complete game was also sold on CD-ROM. 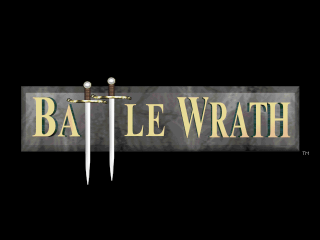