You can play Bedlam on this website so you don't need to download and install the game on your computer. We recommend to use Google Chrome when playing DOS games online.

Bedlam is a fast and violent isometric shooter with pre-rendered graphics not unlike Crusader: No Remorse, but here you control up to three heavily armed mercenary robot walkers tasked with suppressing an uprising of mutated biomechanical creatures that had been originally created to work for humans.

You can only control one walker at once directly, and have switch between them if more than one is present on the map. Both movement and combat are accomplished via mouse command, similar to Cannon Fodder or Syndicate: the left mouse button moves and the right button fires the selected weapon(s).

The demo contains the tutorial and one early mission from the full game. 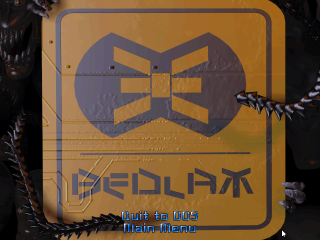