You can play Burntime on this website so you don't need to download and install the game on your computer. We recommend to use Google Chrome when playing DOS games online.

Burntime is a role-playing strategy game in a post-apocalyptic setting. In some ways, it is similar to Cryo Interactive Entertainment's Dune: you start with one character but eventually recruit more followers to your party, using them to explore, fight and capture locations on the global map. Useful items found along the way may be used for your own survival or traded with merchants for other goods.

Game play is split between moving around the global map and exploring each location. Characters are controlled with the mouse. Once you arrive at the desired location, left-click on your character icon to enter and explore it. Useful items may be found lying on the ground, in houses or other places. You will meet various characters, some of which may join you but will ask an item in return. There are three types of followers: warrior, technician and medic. If you leave some of your party members in a location, it will be under your control and produce goods for your faction.

The playable demo was released sometime before the full game, and is entirely in German. You can load a test saved game, or start a new game by typing your character's name and selecting a portrait. 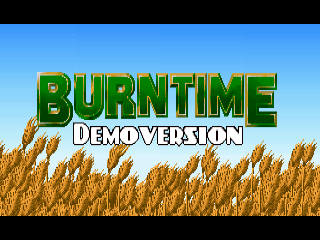