The world of Cavewars, Ibido, is truly a magnificent place to dwell. The surface is controlled by an evil and twisted regime with immense power, and below ground, in a vast and complex maze of caverns, eight civilizations wage an incredibly brutal war for survival. It is your job, Commander, to take control of one of these subterranean forces, turn your troops into well honed killing machines, and roll over the civilizations of your enemies one by one, grinding even their memory to dust. Only when your soldiers are drunk with victory and bloated with loot may you rest.

Cavewars is a game of exploration, exploitation, and empire building set in the underground fantasy world of Ibido. The game will host any combination of up to five human and computer controlled players. The game features the five levels of the world of Ibido, but, once you are familiar with Ibido, you may create a whole universe of random underground worlds. A player may choose to be one of eight different civilizations, each with its own particular strengths and weaknesses.

In the beginning, you will only have the most primitive weapons and magic, and your empire will be small. By the end, if you properly manage your population and your troops, you will be shelling your confused and disorganized foes with artillery and tanks while you work powerful magics to undermine the last of their productive base. Your only tools are a brutalized population subject to your every whim, a small supply of metal, and the minds of those dedicated to developing new tools with which to kill your enemy. If you use them wisely, the vast levels of caverns under the surface will be yours.

Cavewars features three types of technology: weapons, cave (mining), and transport and four types of magic: earth, summoning, viewing, and teleportation. With the proper research, the game will allow you to build weapons ranging from swords and spears, to flintlock muskets and breast plate, to assault rifles and flex armor. Also, the game includes 48 magic spells, ranging from earthquake to summon death leeches to invisibility. And, if that weren't enough, you may also build cannon, armored cars, self-propelled artillery, and tanks (but only if you invested wisely in research!) 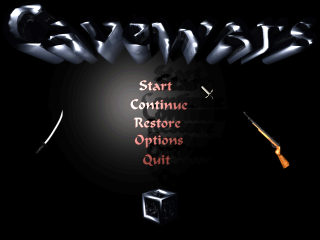