City Beneath the Surface

This is a liberated game: it was originally sold as shareware but in April 2003 the authors released the full version as freeware.

IMPORTANT NOTE: For the game to work properly in DOSBox, you need to launch it with the loadfix -25 parameter as described here.

City Beneath the Surface is a first-person dungeon crawling RPG similar to Dungeon Master II: The Legend of Skullkeep. You command a party of four adventurers that must travel through a portal into a mysterious city, discover its secrets and defeat the leader of hostile invaders threatening your kingdom. 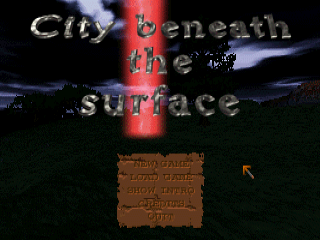