You can play Cold Dreams on this website so you don't need to download and install the game on your computer. We recommend to use Google Chrome when playing DOS games online.

Youse the arrow keys to control the character, Alt to jump and Ctrl to fire selected weapon. Press the number keys to switch between weapons (when available).

Cold Dreams is a fantasy/sci-fi platform game taking place on a distant planet. You control a brave adventurer who explores the forbidden caves crawling with various monsters. The game looks rather similar to Gods by Bitmap Brothers, but has a much slower pace.

The player needs to collect ammo for the various weapons (selectable by pressing the number keys), which include a literal pea-shooter that does very little damage, as well as throwing knives and axes, and even bombs that can be used to blow up certain walls. You also need to find keys and use switches to access some areas of a level.

Many of the enemies, at least those found early in the game, seem to pose only little threat as they're mostly busy circling around their erratic paths and not interested in attacking the player. Conversely, traps are often lethal at the slightest touch.

The controls are manageable but somewhat clunky. Sometimes you'll need several tries to jump over to an only slightly elevated platform. Thankfully there are often ladders to help moving about.

The shareware version includes the first episode out of three in the registered game. 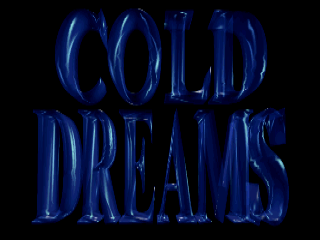