Dark Ages I: The Continents

NOTE: This game has been ported to Windows (please see the official website).

Dark Ages I: The Continents was my first attempt at game programming. I spent 7 months from start to finish programming the game. It was originally released in April 1998. Since then, it has found its way onto several webpages, search engines, and hard drives of amateur gamers. Although very simple, the game has something nobody can put their finger on. It is something nostalgic, something addictive. That something has given the game numerous international publications in top gaming magazines such as PC Gamer and GameStar. From the very first release the game has been freeware and will remain so forever.

What is Dark Ages I: The Continents?

You play the role of a young hero who quests to avenge his family's death and gets caught up in more than he ever bargained for. Greyor, a menacing wizard who seems invincible is using his magic to slowly conquer the continents. He must be stopped and you must use both your sword and your wits as you gradually gather the medallion pieces that will put an end to his tyranny. Explore a vast world and plunder deadly dungeons. Interact with many people and gather the clues that will help you defeat Greyor.

This is a game for everyone, from the first-timer to the hearty gamer. The experienced will find the game a refreshing return to the classic days of Dragon Warrior, Zelda, and the original Final Fantasies and Ultimas that had changed the way we viewed CRPGs for many years thereafter. The new gamer will find an easy way to get caught up in a wonderful genre of computer gaming. This is an amateur-made game, thus there is no rating system. It contains some cartoon blood, not very real looking, and very, very rare use of obscenities. It is most likely appropriate for all ages if they are responsible enough to use a PC, but use discretion if necessary. 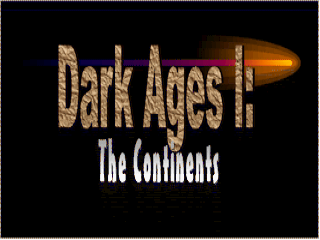