You can play Dark Legions on this website so you don't need to download and install the game on your computer. We recommend to use Google Chrome when playing DOS games online.

Dark Legions is a turn based tactics game in a dark fantasy setting. The player hires an army made from different kinds of warriors, including mages, summoners, orcs, and undead. The goal is then to face the opponent on the battlefield and slay the enemy orb holder.

The game is turn based but whenever two units engage in battle the fight is carried out in real time in an overhead perspective, with the player directly controlling the unit. Additionally, players may lay out traps on the battlefield, and equip units with magical items that give advantage in combat. 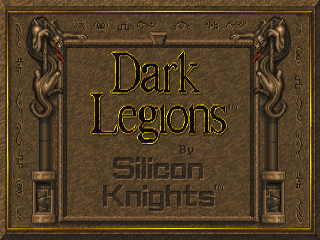