Dead of Night is a side-scrolling action game set in the world of Ancient Greek mythology. You control Heropheles, an aspiring citizen of Athens who is called by the Olympian gods to journey into the Underworld and stop Hades from merging the realms of the dead and the living.

With professionally drawn graphics and animations, the game pits Heropheles against intricate puzzles and powerful enemies, including minotaurs, harpies and the undead. With several weapons at his disposal (to be eventually found throughout the game), the hero must complete tasks given by Zeus himself to complete his ultimate quest.

The game was initially developed for a competition in late 1996 but never completed. The demo that is available, however, contains one quest and is otherwise feature-complete. 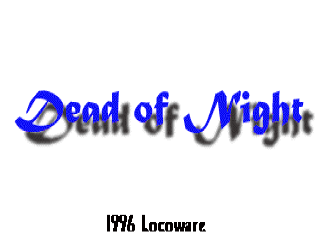