You can play Die Pirateninsel on this website so you don't need to download and install the game on your computer. We recommend to use Google Chrome when playing DOS games online.

Die Pirateninsel (German for "The Pirate Island") is a Boulder Dash variant with high-resolution SVGA graphics for one or two players. Similar to Trugg (and unlike Boulder Dash and some of its more straightforward clones), each level/puzzle takes up exactly one screen. There is no time limit to complete the puzzles but time is recorded, so the quicker you are, the better.

The game has a plot: the unnamed protagonist inherits an old villa from his late uncle, finds there a map of a treasure island that was once used by pirates, and sets off to recover the treasure. Accordingly, the game is split into several "worlds" which correspond to different areas of the island: jungle, underwater cove, Mesoamerican temple, cave and so forth. Each set of levels has different graphical tiles and special features, e.g. in the water "world" there are ice shards that float up and must be broken against spikes on the ceiling to break them and retrieve treasure.

Each level is completed by collecting all treasure items, upon which the level exit opens. And of course there are boulders, but here they are of two types: square ones that fall straight down when there is no supporting ground beneath them, and round ones that will also roll off sideways. Both can be pushed around by the player.

There are also treasure chests that can only be opened by blowing them up with bombs. This makes for a separate puzzle to arrange the items on the playing field so that all chests may be opened to collect all items and complete the level.

The demo version has several tutorial levels that explain the basics step by step (with rhymed instructions in German but each level should be easy to understand anyway), and a selection of actual levels from some of the stages. Both the cooperative and competitive two-player modes are also available. 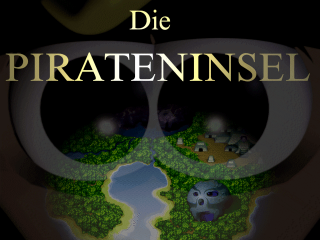