An improved version of the classic Empire by Walter Bright. The player starts with one city and must build up forces to explore and expand their territory by capturing other cities and eventually facing the opponent(s) doing the same.

The demo only allows to play on a small-sized random map against one or several human or computer opponents. 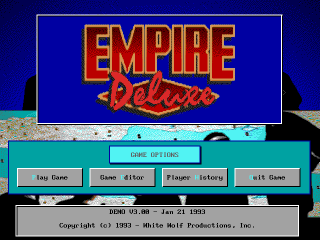