Empire II: The Art of War

You can play Empire II: The Art of War on this website so you don't need to download and install the game on your computer. We recommend to use Google Chrome when playing DOS games online.

Put your warfaring skills to the ultimate challenge.

Empire II does not limit you to rehashing the same famous battle over and over again. It challenges you to develop and then apply war philosophies and tactics in ultra-realistic scenarios.

The Scenario Editor gives you unbelievable control and flexibility in planning your campaign. Factors include terrain, climate, population, technology, rules of combat, effect of morale, victory conditions, and much more.

For every military genius in the league of a Napoleon, Churchill or MacArthur, there is a Custer, Mussolini and thousands of lesser known commanders who have gone down to defeat. How will you measure up? 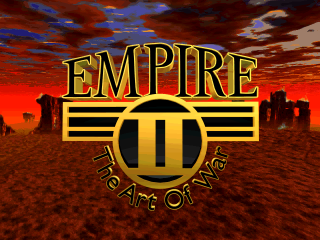