You can play Fostiator on this website so you don't need to download and install the game on your computer. We recommend to use Google Chrome when playing DOS games online.

This is a simple versus fighting game that showcases what you can do with the DIV Games Studio development environment. There are only four fighters (named after characters from the Alien franchise, but bearing no resemblance to any of their film namesakes) and three stages. Fostiator uses high-resolution pre-rendered sprites for characters and backgrounds, but there are very few sound effects and no music.

The entire source code and art assets of Fostiator were included on the DIV Games Studio CD, and the English version was made available from the official DIV website as a free download in the early 2000s. 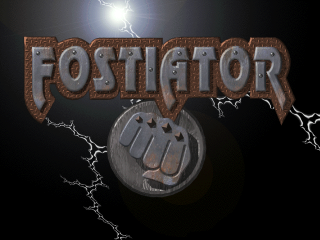