You can play Front Lines on this website so you don't need to download and install the game on your computer. We recommend to use Google Chrome when playing DOS games online.

The demo contains one small scenario, with the installed version additionally including the CGI intro movie.

Front Lines is a futuristic hex-based wargame set in mid-2040s. After several decades of relative world peace, unity and economic growth, governments start to crumble as new, more radical powers emerge and start to aggressively shape a new world order by means of their own private armies.

The game features the familiar playing mechanics comparable to those of Steel Panthers and other tactical-level wargames, but offers futuristic weaponry, armour and other technologies. 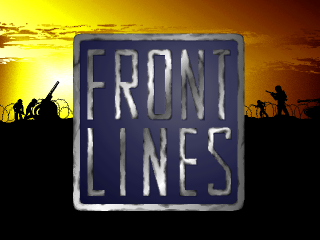