You can play Garnott 2 on this website so you don't need to download and install the game on your computer. We recommend to use Google Chrome when playing DOS games online.

Garnott 2 is an Asteroids-like shooter where you pilot a small ship and try to destroy asteroids and enemy spacecraft. Missions are time-limited. New weapons, armour and other ship upgrades can be purchased in a shop. The plot is apparently a parody that makes references to Star Wars, but also seems in part inspired by similar games, Stardust and Super Stardust.

This is a free beta version of Garnott 2. There is only one area/episode, and the player starts with a lot of credits to spend in the shop (as opposed to gradually earning cash in missions). It looks like the game was never completed. It is also not clear if there was ever any Garnott game before Garnott 2. 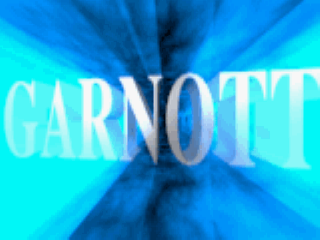