The authors have generously released this game as freeware.

Get Lost! was a computer game that was produced by Tom Bombadil's Software Emporium & House of Curiosities late in 1996. The game was a product of one programmer, three artists, five level designers, and a lot of sweat and tears (no blood--it's a computer game, not football!).

While we were all very pleased with the game we made, we failed to market it well. Consequently, it was a market failure, despite being nominated for Shareware Game of the Year in 1997.

But that's long in the past. Here's the full version of the game, with all the typos and out-of-date information along with it. Play it, enjoy it, hate it, spread it around to anyone you like. I only ask that you keep everything intact in its original zip file. 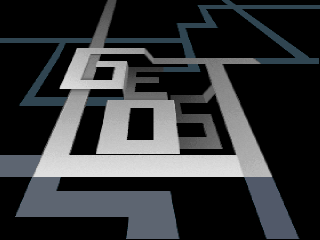