You can play Great Air Battles: 1941-1942 on this website so you don't need to download and install the game on your computer. We recommend to use Google Chrome when playing DOS games online.

Great Air Battles is a historical combat flight simulator set in the Pacific theatre of World War II. You can fly missions as either US Navy or Imperial Japan pilots as the attack on Pearl Harbour unfolds.

The game was created with Domark Software's Flight Sim Toolkit and marketed as shareware. The free demo version contains several missions for each side, while the full registered game promised more scenarios, including hypothetical battles of the Second World War. 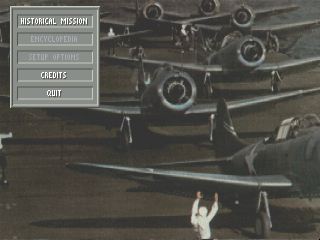