Husita is a historical real-time strategy game that is visually similar to Warcraft II: Tides of Darkness, while gameplay-wise it also shares similarities with Trevor Chan's Seven Kingdoms.

As the title suggests, the game is set during Hussite Wars in the Kingdom of Bohemia in the early 15 century. You can play as either the Hussites or the Crusaders, with various missions based on historical events. Unlike more straightforward Warcraft clones, here you will need to carefully manage the economy, which is based on collecting taxes from the population, and watch the moods of your subjects, who can at any time desert to the enemy should they think the taxes are too much.

The pre-release demo allows to play as either side in a random scenario without any plot. 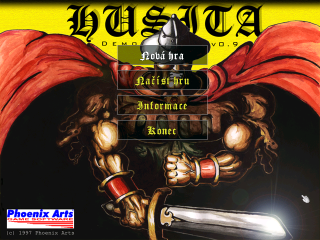