You can play Inner Worlds on this website so you don't need to download and install the game on your computer. We recommend to use Google Chrome when playing DOS games online.

Inner Worlds takes you along on a fantastic journey of the shape-shifting young woman named Nikita on her quest to save the land from a mad scientist and his abominable creations. Nikita can transform into a wolf to gain increased strength and prowess, while in the human form she can use weapons to attack enemies, and also make use of other abilities like climbing.

Inner Worlds is unique because of its development, being one of the first games to be made by an international team that cooperated solely via the Internet, which was still rather unusual back in the mid-90s.

The game was originally sold as shareware via the "Apogee model", with the first episode being freely distributable. 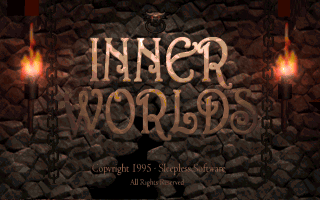