You can play Jane's Combat Simulations: Advanced Tactical Fighters on this website so you don't need to download and install the game on your computer. We recommend to use Google Chrome when playing DOS games online.

Jane's Combat Simulations presents the next generation of air combat in the Fighters of the early 21st Century. Stealth, Speed, and Agility will dominate the next era of air combat. B-2A Spirits will roam invisible behind enemy lines on deep strike missions. F-22s will engage super-cruise capabilities to ambush unsuspecting bogies. The XF-31 will drop into post-stall turns with vectored thrust to turn the tables on pursuing bandits. The exotic air combat technologies of the early 21st Century are brought to reality in Advanced Tactical Fighters, the sequel to the smash hit U.S. Navy Fighters. Advanced Tactical Fighters combines superior graphics and simulation technology with the vast military expertise of Jane's Defense Information to create a truly authentic future of air combat. 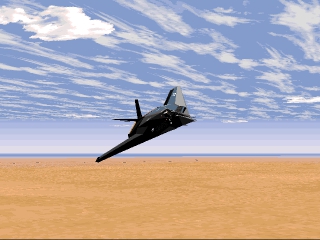