You can play Machine Nation on this website so you don't need to download and install the game on your computer. We recommend to use Google Chrome when playing DOS games online.

Machine Nation is a top-down scrolling shooter, but unlike many other games of this type it is leaning more heavily towards navigating a maze of obstacles, rather than actually shooting enemies.

You still have three weapons with limited ammo at your disposal, and enemy ships that fly towards you, most of them trying to ram the player's craft. The ground below is also full of obstacles, some of which are rather hard to discern as the game uses only a limited palette. A certain bonus pickup speeds up the player, making it even harder to dodge the hazards.

The player's ship can fly at two altitudes, high and low, with the latter making you immune to enemy ships (but you can still crash into walls and other nasty obstacles). You cannot change altitude at will however, this is only done by flying over specifically marked pads in the level. Additionally, the player's craft has limited fuel, so fuel pickups need to be collected.

All-in-all, the game feels like you need to carefully memorise each level's layout to be able to complete it.

The shareware version only includes limited levels, no music and no level editor. 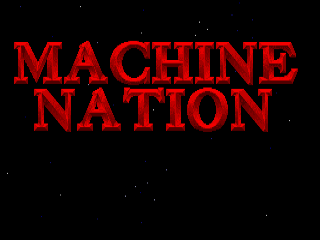