The definitive motorsport sim that's so real, it's unreal!

Europress' new Rally Championship is THE definitive motorsport simulation of the decade! Strap yourself in, pile on the revs and watch for the flag. You'll be one of motorsport's elite, facing 28 gruelling stages in the world's toughest test on wheels.

It's all there, from frighteningly realistic handling of six high-performance cars, to superbly textured 3D panoramic views showing over 250 non-repetitive miles of the official RAC route.

Driving in rain, snow and fog through both day and night, you will have to cope with different vehicle behaviour on a variety of surfaces including tarmac, gravel, mud and ice. Shave off the seconds with power slides on the bends, and you'll be top of the high score table or ahead on time.

Rally Championship has been officially endorsed by the RAC Motorsport Division. The only way you'll beat it is to jump in a car and do the real thing! 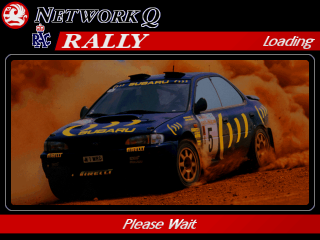