You can play Panzer Battles on this website so you don't need to download and install the game on your computer. We recommend to use Google Chrome when playing DOS games online.

Panzer Battles is a classic style wargame set during the Second World War on the Eastern Front (known as the Great Patriotic War in Russia). There are six scenarios that recreate historical battles: Moscow, Minsk, Kharkov, Prokhorovka, Kanev and Korsun. A wargame construction kit is also included.

The game is played by complex rules, and users are well advised to read the included manual first. For a lighter wargame experience, try Panzer General or Steel Panthers.

The interactive demo allows to play the Battle of Moscow scenario for seven turns. 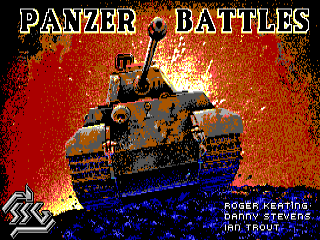