You can play Phylox on this website so you don't need to download and install the game on your computer. We recommend to use Google Chrome when playing DOS games online.

Phylox is a side-scrolling platform game for the most part, although the first level is more of a side-scrolling shoot 'em up. There plot revolves around a scientific experiment gone awry, which results in giant insects threatening humanity. The only way to stop them is to find and destroy their leader, Phylox, hiding in a vast underground cave system, which is what you're going to do, controlling a lone trooper in a yellow hazard suit (the helmet might somewhat remind you of Doomguy, but remember that this game is from 1992).

In the first tunnel level, you fly using a jetpack through a tunnel while trying to destroy quick, small enemies and avoid projectiles from indestructible cannons that look like CCTV security cameras for some reason. At one point you'll need to break a blue stalactite like object attached to the ceiling to proceed. The subsequent caverns levels are more like a typical platform game: you navigate on foot and can duck, jump and shoot in all directions, destroy hazards and enemies (some look humanoid in spite of the backstory about mutated insects). You also have a grappling hook which aids in moving up to high platfrorms.

The demo includes the first two levels out of ten in the full game. 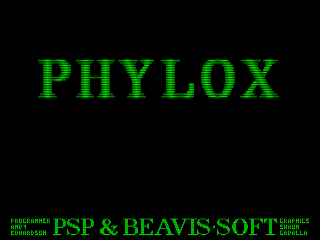