Polanie is a real-time strategy game with many similarities to Warcraft: Orcs & Humans created by a Polish development team. Set in a fictionalised Medieval Eastern Europe (with fantasy elements such as magic), the plot follows Mirko, prince of the Polan people, set out to avenge the attack on his home village.

Just like in Warcraft and similar games, the player controls units and the settlement from an overhead perspective, and orders the building of structures and the training of additional troops to ultimately defeat the enemies in each scenario. 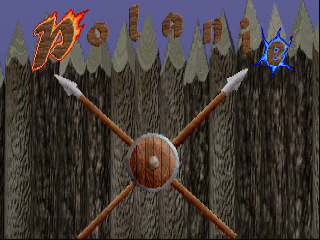