You can download the full version of Police Quest III: The Kindred from the download store listed below.

Sonny Bond, the sergeant of Lytton police department, thought he could finally enjoy peaceful life with his wife Marie after the drug lord Jessie Bains has been put away for good. However, a series of gruesome murders perpetrated by a sinister cult known as "The Kindred" shocks the city. Marie becomes a victim of their attack and falls into a coma. It becomes Sonny's very personal mission to track down the attackers and make them pay for their crimes.

The Kindred is the third installment of the Police Quest series, its events taking place after those described in The Vengeance. The game brings back some of the elements of the first game, such as a modified version of driving sequences and police procedures unrelated to the main plot the protagonist must go through. Computer work is particularly emphasized, requiring the player to perform tasks such as using facial composite software or figuring out murder patterns by studying a map. Like other Sierra adventures of the time, the game uses an icon-based interface for interaction with the environment. 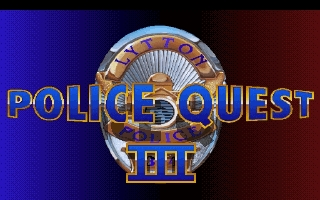