You can play Sango Fighter 2 on this website so you don't need to download and install the game on your computer. We recommend to use Google Chrome when playing DOS games online.

This is a liberated game: it was originally commercial, but on 6 November 2013 Super Fighter Team released the full version as freeware.

This is more of a remake than a sequel to the original Sango Fighter. The setting is the same as is the story: it is the Three Kingdoms era of Ancient China when powerful warlords vie to unify the land under their rule.

Similar to Sango Fighter, there are two single-player modes: the Story Mode and the Battle Mode. The Story Mode underwent significant changes and now includes a full-fledged strategic component. As a supreme commander of one of the Three Kingdom's forces, the player allocates troops and selects new areas of conquest in Risk style turn based strategy game. Each battle is played out as a series of on-on-one engagements between troops and eventually generals commanded by the player and the AI. A general sent into combat is accompanied by several soldiers (swordsmen, pikemen and/or archers) picked by the player, whereas in Sango Fighter the Story Mode had a general selected by the player defeat the enemy troops single-handedly. 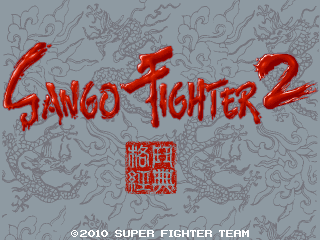