This is a liberated game: it was originally commercial, but on 18 June 2009 Super Fighter Team released the full version as freeware.

Sango Fighter is a fighting game set in the Three Kingdoms period of Ancient China. As one of the five legendary heroes of that time, the player's task is to participate in the campaign against the powerful warlord Cao Cao (also spelled Tsau Tsau). This is the main Story Mode of the game, in which the player first has to fight soldiers and then generals of Cao Cao's army.

The other option is Battle Mode, which consists of duels between selectable characters controlled by the player and the AI, similar to many other fighting games. A two-player duel mode is also available. 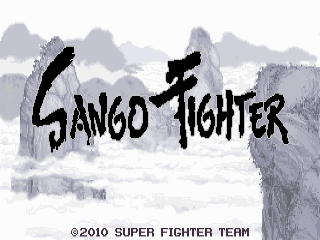