You can play Savage Warriors on this website so you don't need to download and install the game on your computer. We recommend to use Google Chrome when playing DOS games online.

It is highly recommended to use the SVN build of DOSBox available at the DOSBox ECE website (please see the links section below) to play this game.

Savage Warriors (originally released in Europe as simply Warriors) is a versus (one on one) fighting game with mixed martial arts and optional weapons, distinguished by beautifully drawn backgrounds, fluid character animations, and intuitive controls. Players can switch on the fly between side and overhead view of each stage, as well as between low and high resolution, without interrupting combat. A replay of each battle is shown after it ends.

The story however is not particularly original: a mysterious force collects the best fighters from different periods of Earth's history to determine the ultimate warrior by forcing them to participate in a tournament. The winner will challenge the tournament master himself.

The demo includes two playable characters, Zia and Meatball, and one stage (The Shore). You can play against an AI opponent with adjustable difficulty, or with another player on the same computer. 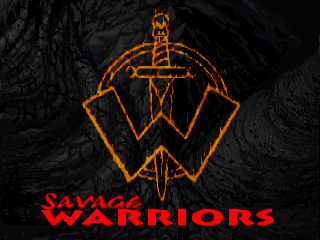