You can play Shellshock on this website so you don't need to download and install the game on your computer. We recommend to use Google Chrome when playing DOS games online.

Shellshock is an arcade tank driving game where you carry out various objectives in a semi-futuristic world of hi-tech warfare. The game tries to achieve a degree of photorealistic imagery but it still a 2.5D, sprite-based experience akin to that of DOOM. The tank is controlled via the keyboard, and while you can rotate the turret and there is inertia, the game is still an arcade style shooter without the complexity of a real tank simulation.

The pre-release beta demo includes one single player mission where you need to rescue hostages from heavily fortified enemy territory, and one network multiplayer level.

The CD demo has a very similar mission as the Internet demo, but also features the animated intro with a voice-over narration, and showcases the game menu. 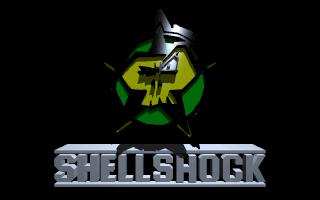