Star Quest I in the 27th Century

Take command as a high level officer giving orders to a squadron of ultra-fast wing ships with high fire power. Order the fleet to follow and protect you while you destroy hundreds of enemy ships. Don't miss this amazing experience of flying with a team of top notch fighters!

Imagine arriving from deep space, closing in on a solar system, circling around a moon to finally blast a base protected by ground cannons on the planet's surface.

Start playing the incredibly realistic missions to sense the ultimate fear of destruction in apocalyptic war zones. Get bombarded by fire power so intense that your head will spin. Wipe out space mine fields to protect your Star Cruisers while an armada is on your tail... 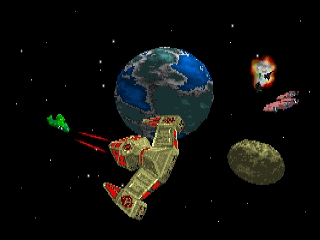