The playable demo has a tutorial and three scenarios from the full game.

It's tank vs. tank in this modern-day version of one of the most successful wargames ever! Set in Europe, Korea, and the Middle East from 1950 to 1999, Steel Panthers II: Modern Battles puts you in command of a single squad or an entire battalion.

In addition to modern tanks, you'll have access to all the appropriate unit types - including helicopters, jet fighters, and missile sites. Keep track of your favorite NCOs and officers and call upon them throughout your career. Challenge the many ready-to-play historical scenarios - or create your own! 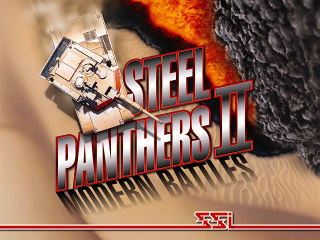