The latest from Gary Grigsby and Keith Brors, Steel Panthers III lets players fight larger tactical battles using the same easy-to-use interface featured in their critically acclaimed Steel Panthers I and II. This brilliant tactical wargame includes 6 campaigns and over 40 scenarios. Players can engage in brigade-size battles from every major historical conflict from 1939 to date, plus hypothetical battles, such as NATO 1998 and Holy War 1999! 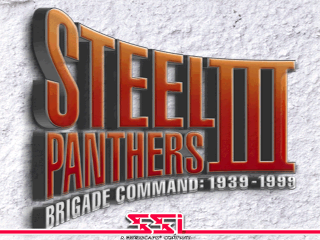