Originally, boxed copies of Air Warrior were sold in stores, but eventually Kesmai Corporation began to put out complete versions of the game client for free download, as physical copies were getting out of print and new features were being introduced in game updates. The latest DOS version, 1.20, includes planes from World War II and World War I, jet fighters and even ground vehicles, and two major theatres of operations.

Game servers are no longer running, but the client allows to fly single-player missions against AI-controlled drones, or play against another user over the network. It is highly recommended to use a joystick to play. 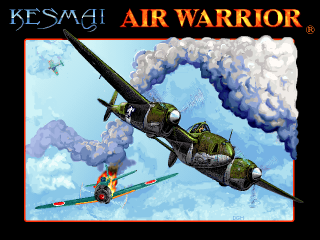