You can play SWIV 3D on this website so you don't need to download and install the game on your computer. We recommend to use Google Chrome when playing DOS games online.

SWIV 3D is a behind-view arcade style shooter with a military theme, featuring fully 3D rendered graphics. It is a sequel to the earlier 2D shooter game called SWIV which did not appear on PC. In both games, the player controls either an assault helicopter or a jeep, depending on the scenario, somewhat similar to Seek and Destroy.

Gameplay can be also compared to Jungle Strike: you explore the map, attack enemies and pick up useful items, such as missiles, but also other useful powerups, including a temporary shield that protects the vehicle, or "health" kits to repair damage.

The playable demo includes two missions where you fly the helicopter. The full game has 18 levels and 30 different weapon types, with the buggy and additional vehicles available in some scenarios. 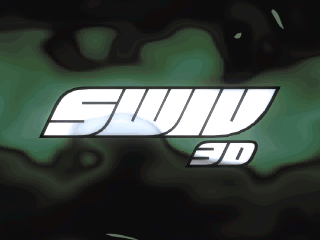