You can download the full version of The Elder Scrolls: Arena from the download stores listed below.

Arena is the first game that spawned the well-known series of "Bethesda RPGs". It might seem rather dated and feature-limited by today's standards, yet it is still quite playable. The skill-based system has not been implemented yet (it would be pioneered by Daggerfall), so characters level up by gaining experience points from combat and completing quests.

The objective is to save the Emperor of Tamriel from captivity by the impostor battlemage by finding and assembling together the eight pieces of the Staff of Chaos. You will travel across the whole empire and meet lots of different characters and monsters along the way.

On 5 April 2004 Bethesda Softworks released the full version of Arena as freeware to celebrate the 10th Anniversary of the Elder Scrolls series. 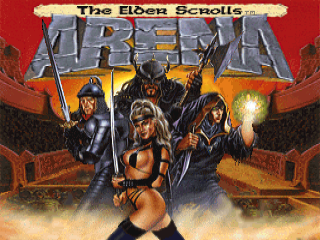