You can download the full version of The Elder Scrolls: Daggerfall from the download stores listed below.

This is a liberated game: it was originally commercial, but on 9 July 2009 Bethesda Softworks released the full version as freeware to celebrate the 15th Anniversary of The Elder Scrolls series.

The demo version includes a unique dungeon not found in the final game which serves as a good tutorial for beginner players. The demo also includes an electronic copy of the manual.

Set in the unique world of Tamriel, The Elder Scrolls: Daggerfall takes you on a special mission on behalf of the Emperor to quell a potential uprising in the royal court of Daggerfall. The player's participation in this major quest is not required: as in The Elder Scrolls: Arena, the player may choose to follow any path or career in the vast, beautiful, and dangerous world. If the player chooses to investigate the court of Daggerfall, stories of madness, unrequited love, dark sorcery, seduction, betrayal, and a plot to recreate a powerful force from thousands of years past will be revealed. It will be up to the player to help the side that should wield such a power, for the fate of Daggerfall and the Empire of Tamriel hang in the balance. 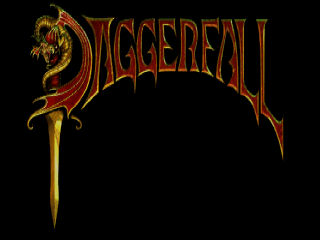