Fight your way through 11 action-packed levels in this spectacular scroller. Upgrade your ship's armor and weapons at space stations and merchant outposts.

Your Secret Military Mission: Break out of prison, steal a space fighter, and fly into Qualix and Nimbur. Fortunately, you don't have to really break out, they'll slip you a key and plans to the fighter. Because the Qualix and Nimbur borders are heavily guarded, the military is only giving you an inconspicuous F-90. You'll have to upgrade your ship at space stations and merchant outposts along the way. As an incentive to destroy, you'll be secretly credited for each kill, as well as for passing milestones (the top guys play too many video games). If you pull this off, the military has promised to give you a new identity and a good paying job. Yeah, right.

"We interrupt this IGFL Football match to bring you important news. A Lorien Space Fighter pilot, convicted two weeks ago of stealing top secret military equipment, has broken out of military confinement, stolen a fighter, and launched into deep space. The pilot is mentally unstable and the military is considering him very dangerous. And now back to the game." 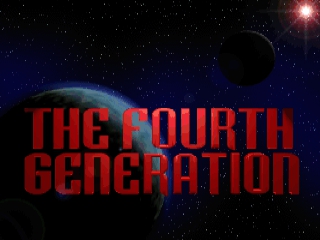