The Lord of Lightning

In this free game made with the ACKNEX 3D GameStudio, you play as Zeus, the Lord of Lightning, who has to fight his way back to Mount Olympus which has been barred by Egyptian mummies (somehow!).

The game makes use of some of the ACKNEX engine's advanced capabilities, which include slopes, underwater sections and room-over-room environments, but the level design generally falls short of commercial quality titles like those running on the Build engine. There is only one enemy type, the mummies, who dish out a lot of damage and can get tough to deal with due to sluggish control responses.

Overall, the game can be checked out as a sort of curiosity, but you're unlikely to spend hours on end playing it for pure enjoyment. 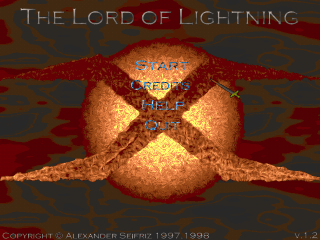