You can play The Settlers II Gold Edition on this website so you don't need to download and install the game on your computer. We recommend to use Google Chrome when playing DOS games online.

You can download the full version of The Settlers II Gold Edition from the download store listed below.

The demo includes the tutorial and one single-player scenario, Cold Times.

After fighting a losing battle with the raging sea, a brave people find themselves stranded on an apparently uninhabited island, with their ship destroyed. You must now lead these survivors on the ultimate quest - World Domination!

Build your kingdom with the help of hunters, soldiers, shipbuilders and more at your command. Lead your armies into battle, manage your resources, and choose your strategies carefully to avoid defeat at all costs.

Slog through the dense jungles of South America, fight for survival in the icy tundra of Siberia, and wage epic battles in the scorching deserts of Africa! 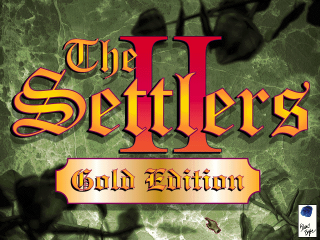