You can play The Settlers II: Veni, Vidi, Vici on this website so you don't need to download and install the game on your computer. We recommend to use Google Chrome when playing DOS games online.

The follow-up to The Settlers improves on the original formula, adding high-resolution modes, major improvements to the interface, and a full-fledged single-player campaign starring everyone's favourite nation (at least, if you're in Germany): the Romans! Instead of a non-specific medieval Europe-esque setting, the game is now a fantasy world where Romans coexist and interact, often not very peacefully, with Vikings, medieval Japan and assorted African nations.

Core gameplay remains the same, with the main focus on building up and maintaining functional supply and production chains. For this, you need to establish various industries to accumulate resources, and build an efficient network of roads and transportation to link them all together into an unstoppable economic machine. Conflicts with other contenders are inevitable, so there are battles to be fought, but here you won't do as much manoeuvring as in Warcraft II or the like, instead, it's more of a slow expansion with a network of fortifications - much like what the historical Romans did.

The demo version contains the tutorial and one exclusive single-player scenario not found in the retail game. 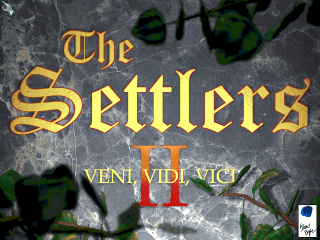